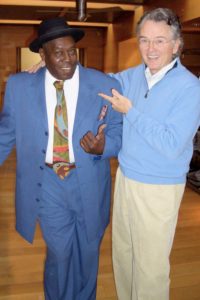 Sheldon Eskin interviews New York Times Bestselling author Ron Hall, whose novel "Same Kind of Different as Me" has been adapted into a film starring Renee Zellweger and Greg Kinnear, due for release on October 20.

Ron is cohosting two art shows for his nonprofit foundation of the same name to benefit the homeless, on October 7 in Charlotte, NC and November 9 in Dallas, TX, both featuring the work of renowned Cuban-American painter Julio Larraz.